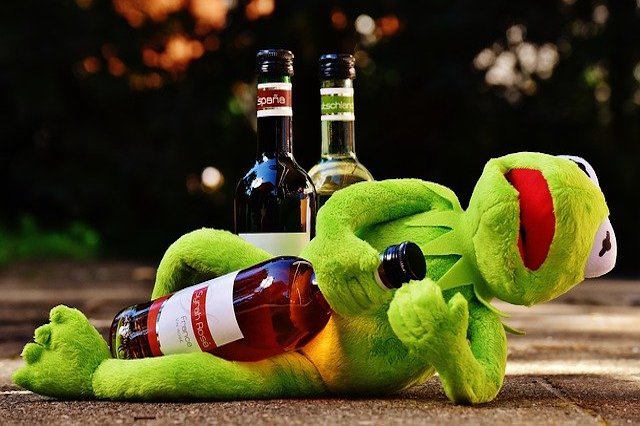 So there you are looking for something to do tonight. You want to drink too much but still seem classy, so you searched for “wine bars near me”. Bravo. Wine bars are a great choice. Where else can you get dressed up and pretend you know more about wine than three of the flavors of Boone’s Farm, while drinking till you can’t feel your legs?

In case you’re unaware, there is a Hierarchy of Sophistication and it goes like this:

Drinkers of Cheap Hard Liquor are at the bottom of the hierarchy. This is where you find homeless people and college students with too little patience for beer. These people give more wealthy drunks a bad name. Exceptions can be made in the case of cheap clear liquor in other things like margaritas and such. That’s likely because they are often imported and imported things get a one level bump. Like Benedict Cumberbatch being a heartthrob due to his accent even though he looks like a caricature drawing. We’re not jealous, you’re jealous!

The next level is Cheap Wine Drinkers. This spot is commonly reserved for women who self-medicate from daily stress and usually watch reality TV. Men who drink cheap wine are doing it because they are cheap. There is no shame here, but they are moves associated with desperation and not positions to aspire to. You know this or you wouldn’t be reading about wine bars.

Here’s your Beer Drinkers. This is very similar to the cheap wine drinking on the surface, but we place it a notch higher because beer commercials are sometimes funny. The category also includes overpriced imported and microbrew beer, so it brings up the average. We recognize that cheap beer can be associated with cattle drives and BBQs, but you have to remember that some microbrews are deemed cool by cool people and that’s hard to argue with.

Fine Wine Drinkers live here. These are people that have refined taste in all of life. They know about things like what wine goes with what food. They can afford real vacations yet support local businesses. These are people who are unimpressed by social media but watch documentaries, and not just the ones about serial killers. This is where you want to be. Beware, though, you’ll be pressured to donate money and volunteer at this level. You should also know before you get excited that pilates and brunches only come if you’re voluntarily unemployed.

Expensive Hard Liquor Drinkers go too far for most people. These folks never get pity from others and don’t get invited over for Taco Tuesday. We aren’t talking about that tequila on the top shelf of every sports bar, we’re talking about $1,000-a-bottle liqueur aged along with the loin cloth of the apostle Paul in a barrel that’s been kept in a secret vault of a Duke’s mansion cellar. (There really needs to be a category for top shelf liquor. Ignore that. Just put it in with Level 2.)

Our advice to seeming sophisticated tonight and moving into Level 2 is to just do what others are doing. If someone who seems like more of an adult than you swirls the glass, you swirl; if they smell the wine, you smell it. If you want to find out which of your friends knows even less than you do, consider putting your ear up to the glass as if you need to really listen to determine the true quality of the wine. If anyone follows suit, mock him or her publicly. Assert your dominance. Declare that person as the designated driver.

As far as where to go, North Myrtle Beach has many good options. You really can’t go wrong with any we’ll suggest here. There’s a blurry line between wine bars and bars that have wine, which we don’t have a definitive guide for yet, so you’ll just have to deal. Here are some awesome places for great wine:

This one is a certified wine bar and we know this because they put it in the title. But considering they won Best of Award of Excellence from Wine Spectator in 2012-2018, among other awards, they are killing it as a legit wine bar. They also won #1 Restaurant in the Country in 2014 according to OpenTable, so we know that food is top notch. SeaBlue features contemporary American cuisine prepared using classic French cooking techniques. Boasting farm-to-table priority when possible, as well as committing to “resourcing from only the best purveyors and local day boat fishermen”, SeaBlue provides excellent epicurean fare. You need to get here if you want the best food paired with the best wines. Be sure to steal something with their logo on it so your friends will believe that you went. What’s the point of reaching Level 2 on the Hierarchy of Sophistication if no one knows about it? On second thought, maybe just take a picture.

Or, if you want a level playing field, consider Duplin Winery. They specialize in Muscadine wine, with which most of the wine snobs will be unfamiliar. That way when one of the winery associates educates you on the history and characteristics, you will know as much as the others. Duplin offers a tasting of ten wines, along with gourmet cheese dip, homemade gourmet crackers, and full glass of wine after the tasting - all for only $10. That’s really low cost to find out what a gourmet cracker is. Heads up, Duplin closes early, so it might be good as a pre-game for a mealtime sitting. And at least here you won’t have to look up on Google the names of the food or drink items. If the idea of going to a winery for a tasting intrigues you, consider Carolina Vineyards as well.

Pairing exquisite wine with delicious Italian food is almost cheating. Villa Tuscanna is a charming, reasonably priced, family restaurant with dozens and dozens of wines of all styles and prices. You can buy a glass of wine for as little as $6 or a bottle for as much as $700, for when you win the lottery or know you’re dying tomorrow. Pair a fine wine with authentic marinara so good you’ll want to put it in lines on the table and snort it with a straw.

The Brentwood Restaurant and Bistro

Brentwood Restaurant and Bistro is a special place for dining in groups. They even host events. Of course it’s just as nice for individuals or couples. With spectacular French cuisine prepared by a real life, decorated French chef, it overperforms even the charming, Southern, victorian house. Patrons find the food worthy of pairing with the extensive and wowwing wine options. If you want to bring a group of friends, have some laughs, create some memories, Brentwood is a great choice.

With bottles of wine averaging about $50+, Hook & Barrel sits comfortably in the Level 1 category, which I needn’t tell you comes with concerns. Sure the food will be fantastic and the wine will be good enough for Jeff Bezos to bathe in, but if you can’t get back into your Hyundai without looking down on yourself, it may not suit you. Who are we kidding. Just go for it! Pour yourself into an Uber. Hook & Barrel has a fantastic menu, bending heavily toward seafood and steaks. The founder, Heidi Vukob, was a South Carolina Chef Ambassador in 2018, and she along with her all-star team flaunt eco-responsible cuisine to write home about. Hook & Barrel is your go-to place for great wine with great food. Check it out!

We have to mention Bistro 90 in any list inspired by the need for a great night out. The sheer variety of ways to get drunk is impressive. On top of a diverse and well-rounded wine list - for which Bistro 90 has won the Award of Excellence from Wine Spectator six years in a row - they boast over 40 single malt Scotches, 110+ bourbons, plenty of craft beer, and a thorough offering of cocktails. With great steaks and many other delicious food offerings, Bistro 90 will serve you well. Oh, and with such an extensive variety of beverages, perhaps you can finally identify that drink that reminds you of that one night in college when you almost died of alcohol poisoning.

There are many excellent restaurants that have an ample wine selection. There are too many to go through here. We highly recommend The Parson’s Table for its aesthetics. If you want a romantic dinner or just beautiful food with a historic and high class ambiance, you can’t go wrong with this. Similarly we could have written a raving blurb about Clark’s Seafood Chophouse. The atmosphere, especially being near the water, is worthy of marriage proposals - as are most of these places mentioned. A little further away toward Myrtle Beach there is Sea Captain’s House, Crave Italian Oven and Bar, New York Prime, and then another tasting opportunity at  Coastal Wine Boutique. Plus there may be even more we can’t remember. We can’t be expected to remember everything. There was wine involved after all.

We hope this helped you find some “wine bars near me” in the North Myrtle Beach area. One tip we’ll leave you with is to maybe go to Carolina Vineyards or Coastal Wine Boutique and taste a lot of different kinds of wine. Let the experts there education you so you don’t say something stupid in front of your fancier friends. It’s also nice to go somewhere to drink two flights of wine shots and a subsequent bottle, and then when you get sloppy drunk you can say, “Hey! It’s called a wine tasting and it’s classy!” Of course then you’ll need a ride home. Might we consider a golf cart from Salty Frye’s?

What's a beach vacation without a golf cart?

We have a premium inventory with a selection of the best golf cart brands.