Brisket. What a Great Place to Eat 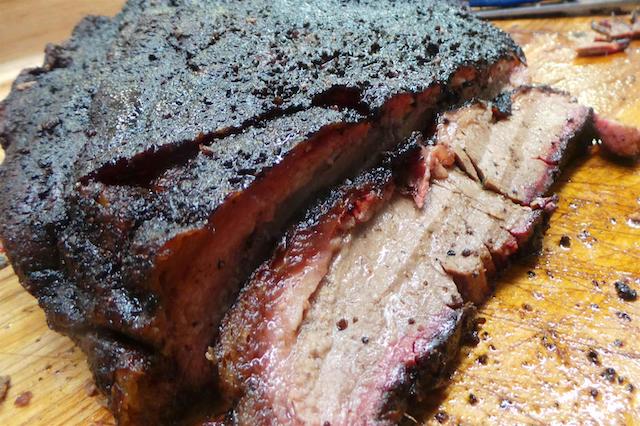 Are you Googling “Great places to eat near me”? Is your stomach digesting your spinal cord? Do you need sustenance, now? No this isn’t the transcript for a late night infomercial. And, we’re not trying to sell you a wildly unhealthy diet supplement, but we are your guide to great local eateries in the North Myrtle Beach area. And today, we’re going to discuss the beefiest, meetiest, smokiest, and most delicious...iest (ya, we know “deliciousiest” isn’t a word, but you try and find a rhyme that fits) restaurant in all of North Myrtle Beach. Brisket. If John Wayne had a favorite restaurant, it’d be Brisket. Better yet, if the Duke’s essence had been bottled and transformed into a barbecue restaurant near you, it would’ve been Brisket.

Let’s cut to the chase. There are several solid menu options, but here are my recommendations. Start with fried green tomatoes served with remoulade sauce, and work your way into a two meat one side combo tray. For your first meat, you’ve gotta’ try their namesake entre, brisket. I went for sliced brisket, because the bark is...well, the deliciousiest. Meat number two, spare ribs. They’re smokey, they’re tender, and they’re groan-inducingly tasty. Lots of people smoke ribs, but few end up with ribs this good. And for the side, french fries. They’re simple, but they’re on point. Toss in your beer of choice, and you’ve got a meal worth writing about.

What's a beach vacation without a golf cart?

We have a premium inventory with a selection of the best golf cart brands.